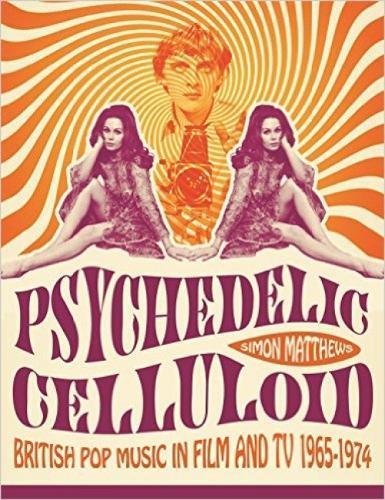 The definitive guide to the decade when swinging London was the film capital of the world. Illustrated throughout with colour images, Psychedelic Celluloid covers over 300 British and European films and TV shows from the Beatles via Bond spin offs to crazy personal follies de grandeur, Blow Up and its imitators, concert movies, documentaries, stylish horror films and many more. Carefully researched and drawing on interviews with some of the survivors of the era, it provides a witty and detailed account of each major production, listing its stars, directors, producers and music and showing how they were linked to the fashion and trends of the period.

"This is a must-own." - --Christopher Fowler Blog


Simon Matthews has had a varied career including a spell running the British Transport Films documentary film library and several years singing in semi-professional rock groups. He has contributed articles on music, film and cultural history to Record Collector, Shindig! and Lobster magazines.