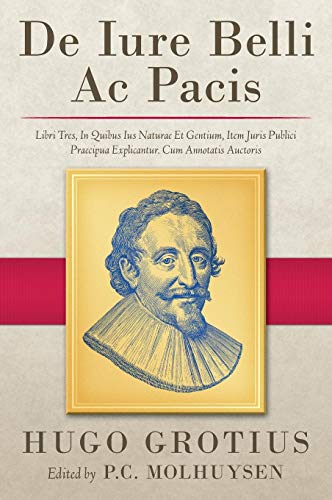 Reseña del editor Reprint of the standard critical Latin edition of Grotius's magnum opus of 1625, which established the framework of modern international law. Originally published: Leiden: A.W. Sijthoff. 1919. xv, 752 pp. Grotius describes the situations in which war is a valid tool of law enforcement and outlines the principles of armed combat. Though based on Christian natural law, Grotius advanced the novel argument that his system would still be valid if it lacked a divine basis. In this regard he pointed to the future by moving international law in a secular direction. A work of painstaking philological research, this edition is based on the final version edited by the author, which issued posthumously in 1646. Differences between this edition and those of 1632 and 1642 are noted and the author of each text quotation is identified with reference to modern editions. A list of Grotius's citations is also included. ""Others wrote upon the law of nations before him, but Grotius was the first to attempt a systematic treatise. . . . In his De Jure Belli ac Pacis, first published in 1625, there is precedent or inspiration for most of the important doctrines elaborated by later writers."" -- Edwin D. Dickinson, 26 American Journal of International Law 239 (1932) Hugo Grotius [1583-1645] a pre-eminent contributor to international legal doctrine, was an influential Dutch jurist, philosopher, and theologian. De Jure Belli ac Pacis (On the Law of War and Peace), originally published in 1625, is widely considered to be the first master treatise on international law. Grotius is also known for De Jure Praedae (1604), in which he argues against territorial sovereignty of the seas, and The Freedom of the Seas (Mare Liberum) (1609), which continues his plea for free trade among all nations.